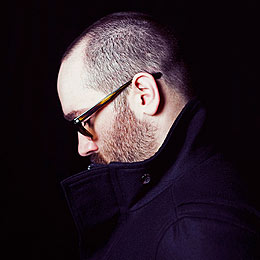 As well as being an illustrator, Jared is also an amateur music producer, song writer, and vocalist for his band, Dead Astronauts. His hobbies include: travel, photography, collecting classic anime robots, and playing with his two pure-bred Pugs 'Persephone' and 'Apollonia'.

► View all of Jared's Projects

Adidas Originals Drowned Harbor: These are 2 pieces commissioned by Adidas Originals for 2 Originals stores in the US. Both pieces will be displayed along side a series of other artist's works. Jared (Jthree Concepts) created a more rustic feel and theme for this project, while the pattern based design introduced a number of additional themes including sci-fi, classic small town signage and Adidas Originals culture. (Agency: HappyLucky, Client: Adidas Originals, 2014) 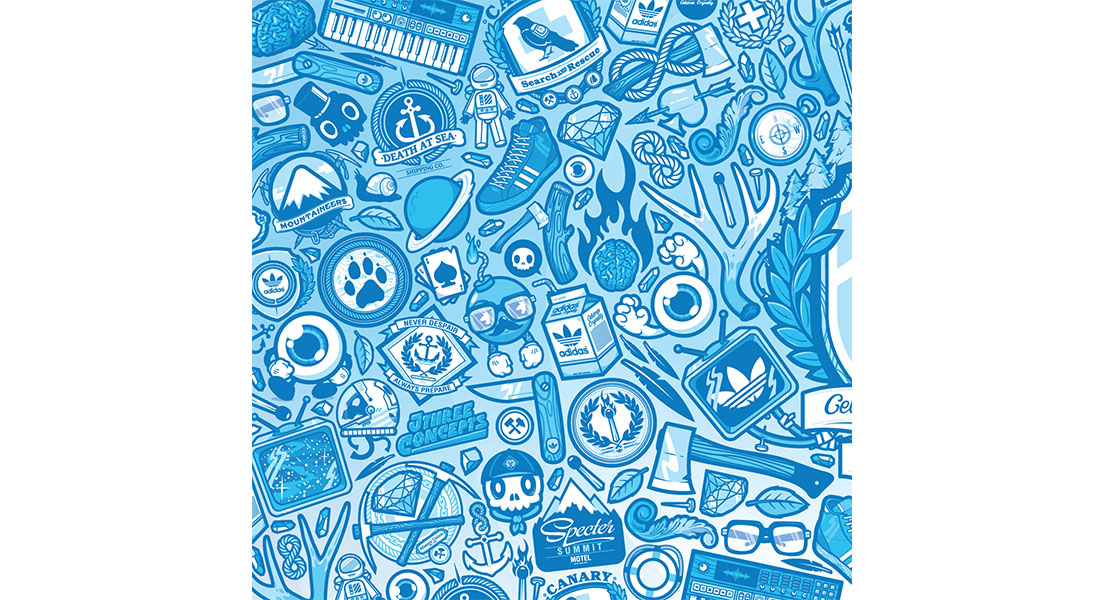 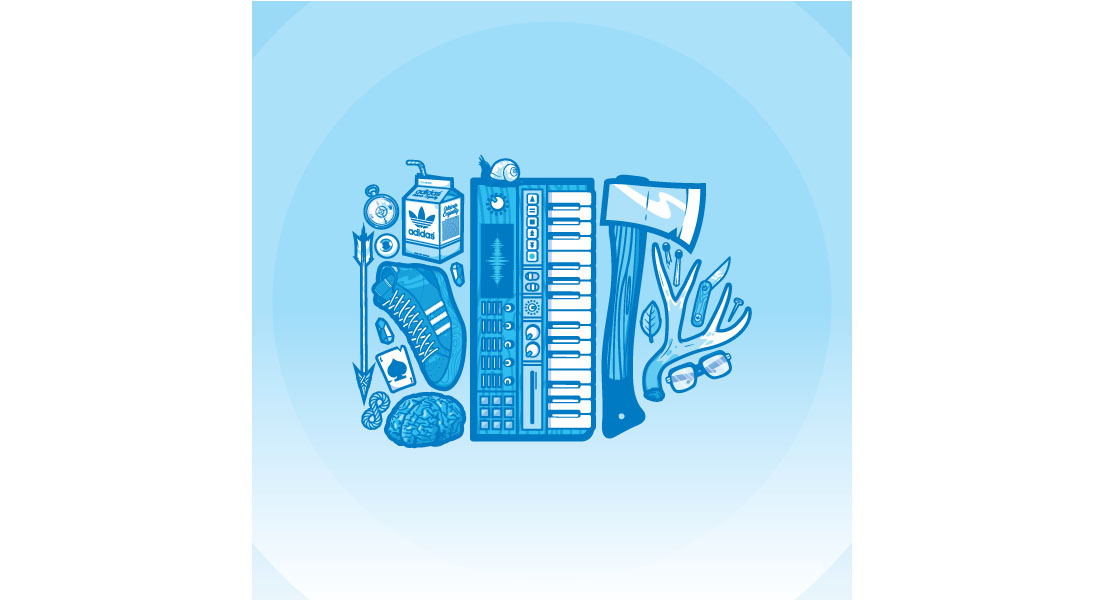 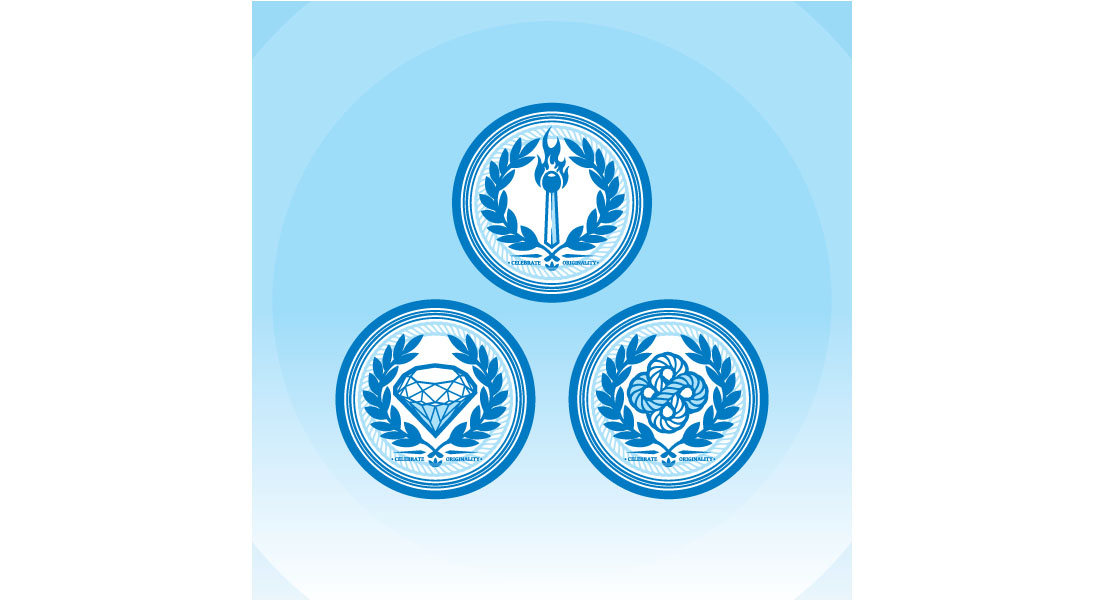 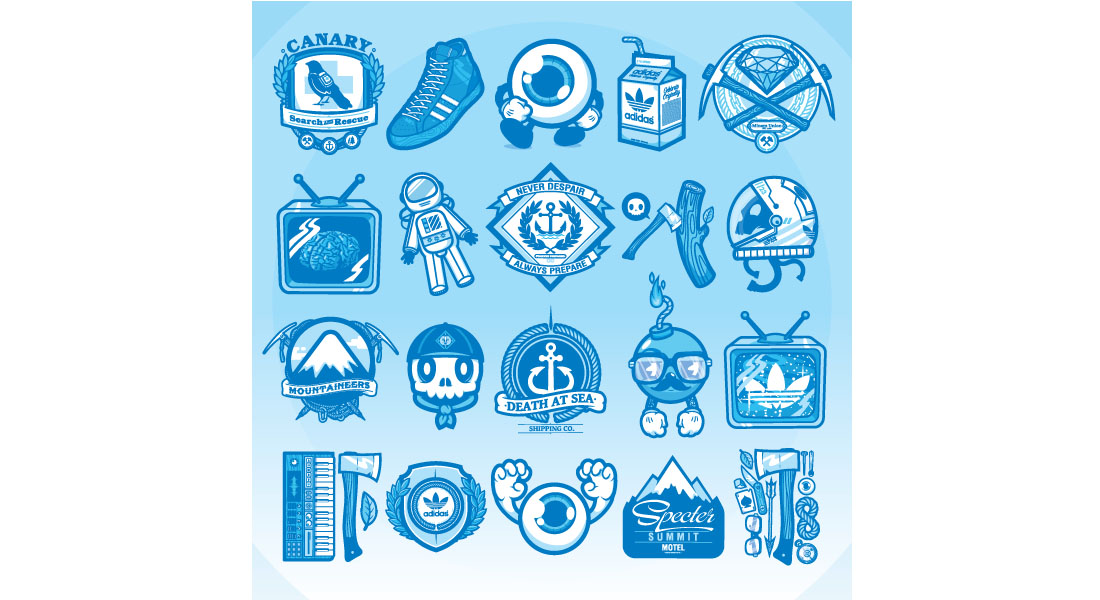 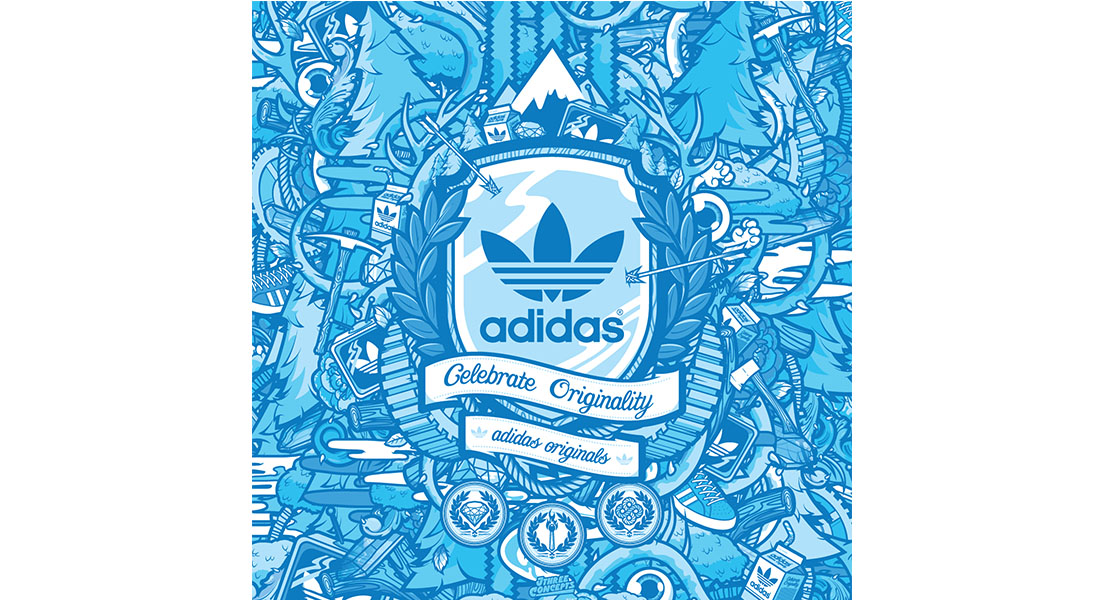 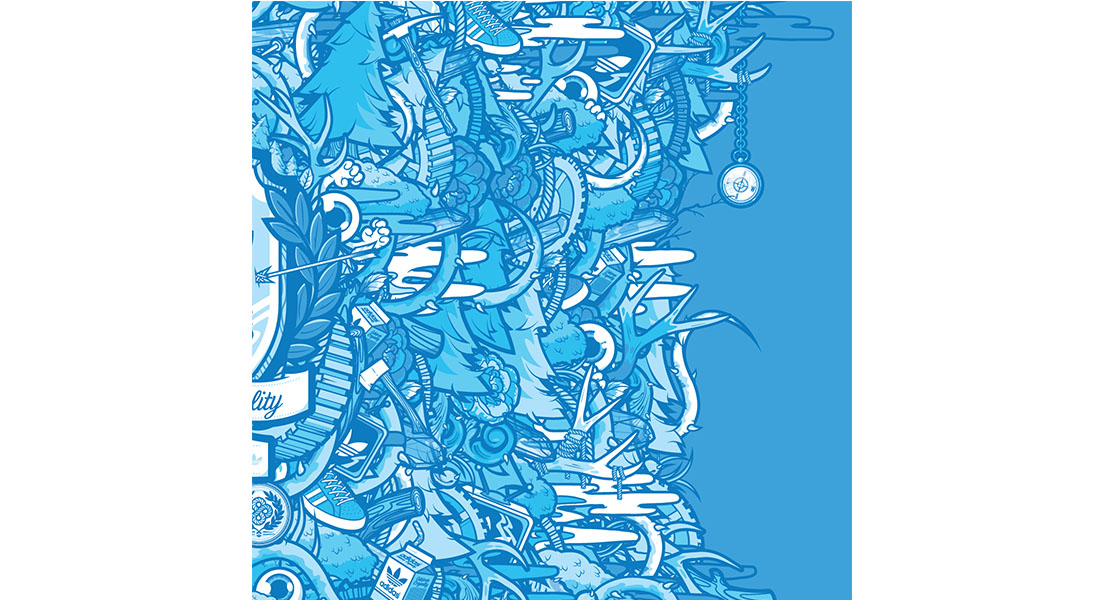 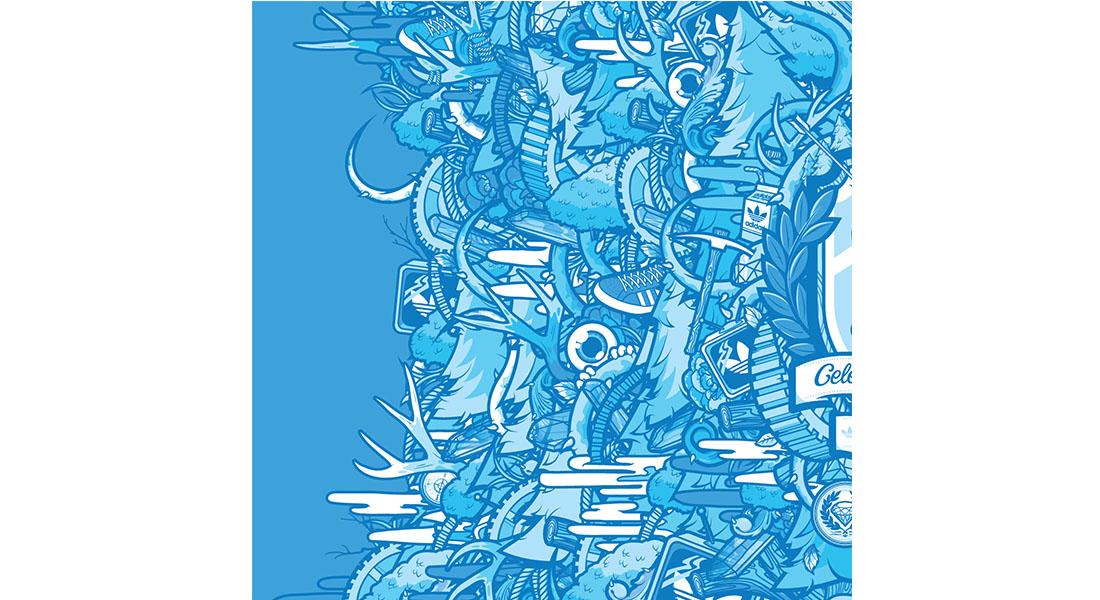 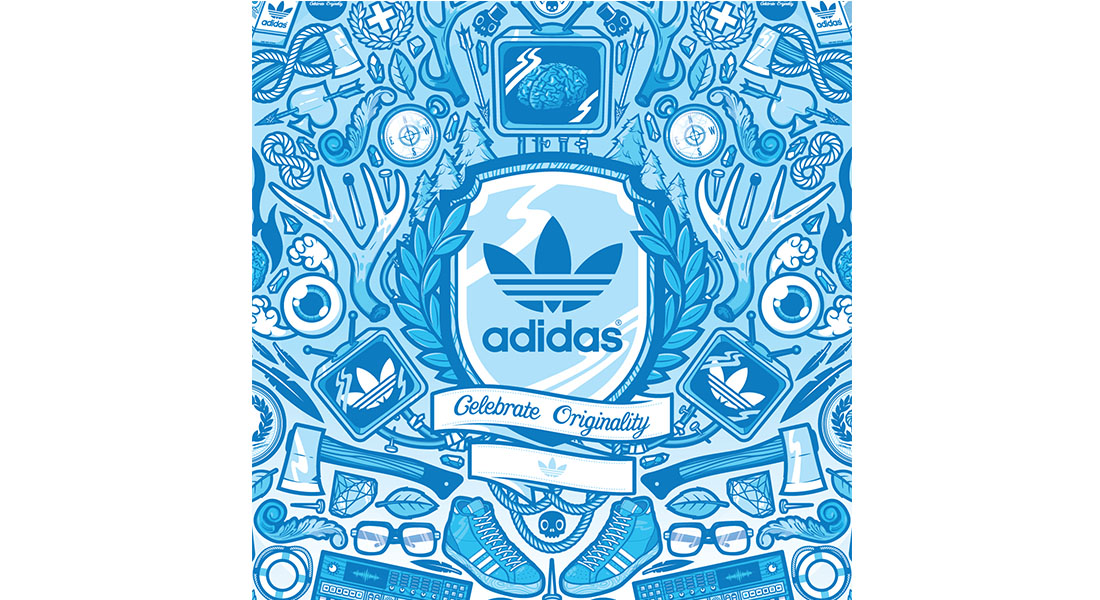